After for a long time having considered the idea of building a miniature copy of Køge, the foundation Kjøge Mini-By Laug was formed in March 1987 by 5 enthusiastic people. That became the beginning of the whole project Kjøge Mini-By.
The members in the foundation chose the year 1865 to be the year that should be for imaging the old town. That year was chosen due to that the town had just been surveyed and mapped  so one knew exactly how big the sites were and where the houses were situated. The houses should be built in a scale 1:10 and be exact copies of the houses at that time. Many of them can still be seen in the old town. In 1991 the local authorities conveyed a piece of land, about 10.000 square meters to the Mini-Town foundation. The association “Friends of Kjøge Mini-Town” was formed the same year.

The founder, Kaj Wohlert, wanted from the very start of the project that it should be self financing. Therefore it is not subsidised of the local town authorities. The financing should only be through fees from members of the “friends”, from entrance fees, sponsors and foundations as well as selling deeds to the owners of the small models.

The members that work in the Mini Town are mostly pensioners and retired people. They are all volunteers and no one either from the foundation or the association is being paid.

Very soon they organized in specialists groups who could take care of the various tasks in the building process. There are groups as historians and architects, a group of tile- and brick- workers, a group that make windows and doors, one who build the houses and a group that take care of the plants and the surrounding areas. Later a guide- and a PR group were established.

The Friends of the Mini-Town has now 675 members of which 120 are active workers in the project.

The first house was finished 29th May 1994, and it was a model of the oldest dated half timbered town house in Denmark from 1527. You can still see the old house in Kirkestræde.

May 25th 1996 was the first opening day for the public. At that time the Mini Town had produced 14 houses.

By the end of the season 2017 more than 565 houses had found their place in the town. When the Mini Town is finished it will consist of more than 1.000 buildings. Our present forwarding is 35-40 houses annually so it will take some years before it is completed.

In the tourist season we have our beautiful ships docked in the harbour. 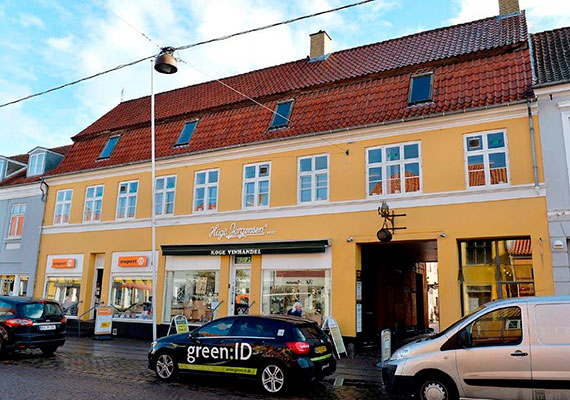 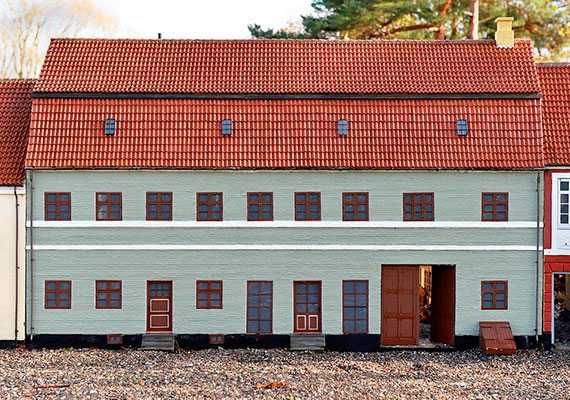